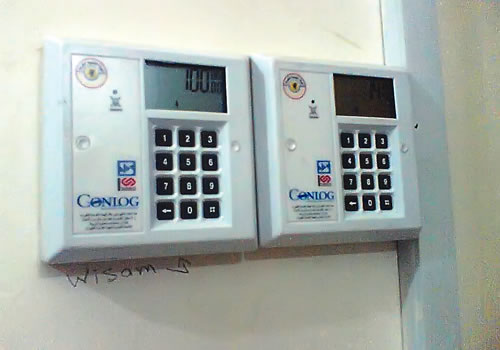 The Nigeria-China Business Council has called on the Federal Government to ban the importation of prepaid meters to promote indigenous production of the device.

The National Co-coordinator of the council, Mr Mattew Uwakwe, made the call in an interview with the News Agency of Nigeria (NAN) on Tuesday in Abuja.

Uwakwe was speaking against the background of complaints by indigenous smart meter manufacturers that their capacity has been underutilised due to very low patronage from the government and the electricity boards.

He said that Nigeria would benefit more if it was to manufacture pre-paid meters locally and not import them.

“Because it is more beneficial to manufacture those things than to import (them).

“When people go to import (pre-paid meters) some of them come back with substandard products.

“But, when it is manufactured in Nigeria – and we have our own youths, who have been trained – they (manufacturers) will follow the guidelines and manufacture them according to the standard.’’

Uwakwe said Skyrun Industrial Company Limited that manufactures prepaid meters in the country had signed a Memorandum of Understanding (MoU) with some state government to produce such meters for their states.

He then advised that other states should collaborate with the company to produce prepaid meters.

He explained that Skyrun is a public company in China, developing, producing and handling raw pharmaceutical materials and intermediates.

Uwakwe said in the next three to four years, all the raw materials used for the manufacturing of prepaid meters would be sourced within the country.

“In issuing operating licence to no company can start immediately getting the 100 percent raw materials in Nigeria; they will start with assembling then will go to manufacturing.

“After three years or fours, they will now go into full sourcing of all the raw materials here in Nigeria.’’

Uwakwe recalled that in 2015, nine young Nigerians went to China to improve their skills in modern technology, pertaining to energy and prepaid meters.

“The nine youths concluded such training in electricity meter assembling in China and have been offered automatic employment by the company’’.

The coordinator said the training was sponsored by the council, in partnership with Skyrun.

According to him, another batch will leave Nigeria in September, 2016 to undergo a similar training in electricity transformer assembling in China.