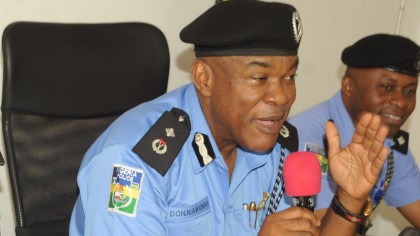 At the parade, Force Public Relations officer DCP of Police Don Awunu said the suspected killers of reverend father Adeyi in Otukpa aged between 26 and 30 were arrested following a thorough investigation.

In the same vain three suspects of an “8” member gang of a Cyber Crime Club known as ” The Money Team Boyz” led by a graduate of Anambra state university Uli were arrested in Ihiala, Anambra state. They specialize in hacking Facebook accounts including that of the police.