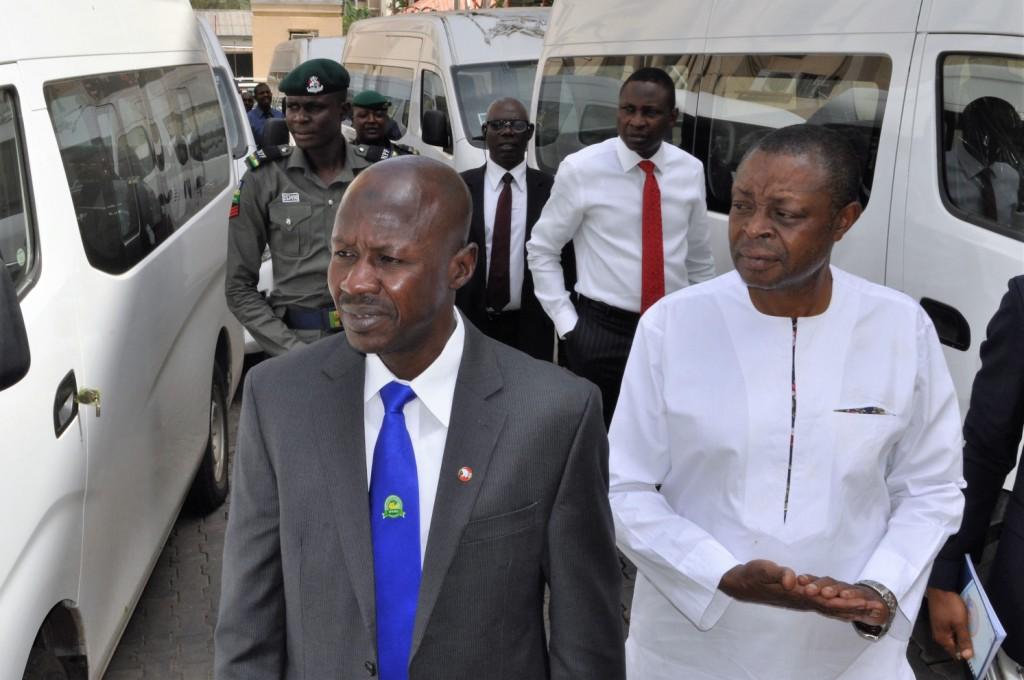 On the first anniversary of his appointment as Acting Chairman of the Economic and Financial Crimes Commission, EFCC, Ibrahim Magu today November 9, 2016 unveiled 21 brand new operational vehicles at the Commission’s headquarters Abuja.

This was disclosed in a press release issued by the commission’s Head of Media and Publicity, Mr. Wilson Uwujaren on Wednesday in Abuja.

An enthusiastic Magu, who used the opportunity to test one of the vehicles, which included pick-up vans and buses, noted that they would be utilized to aid the operations and logistics aspect of the war against corruption.

“They are operational vehicles being supplied to us by the government to further aid our concerted efforts to rid Nigeria of economic and financial crimes,” he said. 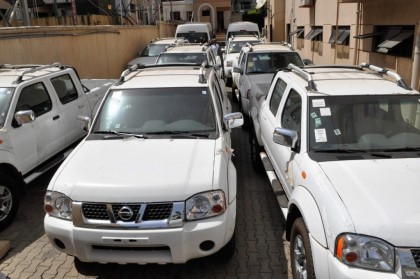 According to him, about 17 more vehicles would be received by the Commission in the coming days.

Expressing great appreciation to the federal government for the support, Magu, used the opportunity to appeal to Nigerians, to also show solidarity with the anti-graft agency, in order to move the country forward.

“We want every Nigerian to start changing their ways and to fully support us to move Nigeria forward,” he said, adding that the vehicles would be shared across the Commission’s zones.

He was accompanied by the Secretary to the Commission, Emmanuel Aremo and other officials of the agency.

Ibrahim Mustafa Magu was appointed as the Acting Chairman of the EFCC by President Muhammadu Buhari November 9, 2015. 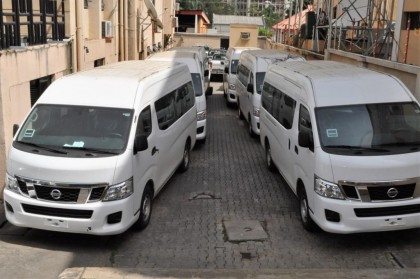 He is from Borno state and holds a degree in Accountancy. Magu, an Assistant Commissioner of Police, served under the

Magu once headed the Economic Governance Unit (EGU) of the Economic and Financial Crimes Commission during Ribadu’s tenure as Chairman.

A trained financial crimes investigator, He has a background in forensic accounting, and he also trained at the FBI institute and the London Metropolitan Police institute.