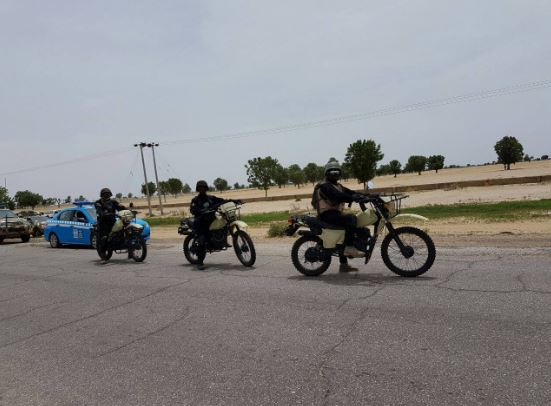 Alhaji Habib Kekeno, the Caretaker Chairman of Kukawa Local Government area of Borno on Tuesday said the military would reopen Maiduguri/Baga road on Dec. 24 following relative peace in the state.

Kekeno, who disclosed this in an interview with the News Agency of Nigeria (NAN) in Maiduguri, said the council had completed all the arrangements to reopen the road.

NAN recalls that the Maiduguri/Baga road was closed in November 2014 by the military after Baga suffered five major attacks from Boko Haram insurgents.

The chairman said that the continued closure of the road had negatively affected fishing and socio-economic activities of the state.

“It is hard to believe that Baga used to be a lively trading centre of 200,000 people where merchants would travel to sell cattle, leather goods and trade in fresh produce.’’

He said that more than 2,000 fish traders and marketers were still producing fish in Baga, but they lacked access to transport their produce to Maiduguri.

“I went to Baga about 21 times and I can tell you that I have met our fishermen who stocked about N4 million fish, but do not have access to bring them into Maiduguri.

“Baga was the largest producer of fish in the Sub-Saharan Africa. Its fishermen bordered from Niger, Chad, Cameroon and some other countries.

“Before the insurgency, more than 300 lorry loads of fish are transported to Maiduguri and other parts of the country in a week. But now, no single truck comes from Baga.

“Borno get its fishes from Damboa Dam, Aloa Dam, River Yobe, others from Chad Republic, but there is no access road leading to these places anymore,’’ Kekeno said.