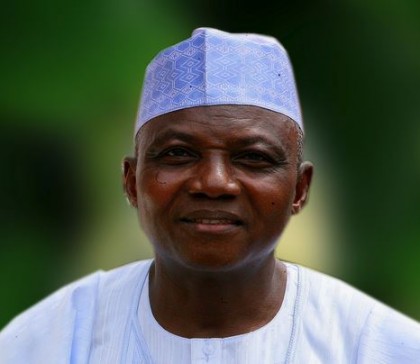 The Federal government payroll has been rid of 50,000 ghost workers, saving the country a huge amount of N200 billion. The amount N13 billion  has been taken off the payroll monthly from February to December this year.

Speaking with State House correspondents at an interactive meeting to mark the end the year, the Senior Special Assistant to the President on Media and Publicity, Garba Shehu announced that 11 persons championing the syndicate of ghost workers have been handed over to the Economic and Financial Crimes Commission, EFCC.

“The flagship program of the Muhammadu Buhari administration to rid the system of fraud and instill good governance is on course. Through a notable initiative, the Efficiency Unit of the Federal Ministry of Finance, the government has embarked on the continuous auditing of the salaries and wages of government departments.

The Presidential spokesman added that the “the pension bill was 15.5bn monthly as at February. Now it is down to N14.4 billion, which means average monthly saving is made of about N1.1 billion.”

He explained that the total number of ghost workers so far removed from the payroll is about 50,000 and that 11 persons championing the syndicate of the ghost workers have been referred to EFCC with some of them already undergoing trial.

Speaking on the welfare of the recently-released 21 Chibok Girls, Malam Garba said they are being treated as adoptees of the Federal Government but revealed that there is a lot of local and international interest in the future plans of the girls.

“A black American billionaire, Mr. Robert Smith who is currently sponsoring the education of 24 girls from Chibok, among them the first set set of escapees from Boko Haram at the American University of Nigeria, Yola has offered to pay for the education of the 21 released through negotiations and is offering to take responsibility for all the others who will hopefully be eventually set free. The Murtala Mohammed Foundation in the country is equally interested,” according to the the Presidential spokesman.

Responding to complaints by some of the parents of the 21 Chibok Girls that they did not have enough room for interaction with their daughters brought home for Christmas by the Department of State Services,DSS  the Senior Special Assistant to the President admitted that there were some hitches arising from a lack of understanding of the objective of the trip on the part of some security operatives but that following the receipt of this complaint, a directive has been given from the headquarters for the access by the parents to be eased. “If the situation persists, pls let us know so that the higher authorities will make a further intercession,” he assured.

Addressing an issue of interest to a lot of the members of the governing party, the All Progressives Congress, APC concerning appointments into boards, Malam Garba assured that the process will be be fully back on track at the beginning of the new year.

” You know that the reconstitution began methodically, from sector by sector. You should expect that to resume at the beginning of the new year. The President has given directions on what to do,” according to him.

On the agricultural programs of the administration, Malam Garba said that the President’s persistent calls for a return to farming is yielding good results. “The talk about agriculture has driven people to the farm. This year, there is a huge boom in the rural economy. We have witnessed an excellent harvest. Farmers are getting value for their output. What has encouraged farmers the more is the increasing availability of extension services. New farming techniques are helping farmers to do their occupation better. The readiness of off takers to buy the produce is also a major boost.

“When you put all these together with the systematic move to curb importation as a boost local production through the restriction of the available foreign exchange to critically important sectors of the economy, you have favorable environment for the diversification of the economy.

” As we speak, several of the country’s major manufacturing industries are actively backward-integrating- Nestle, Unilever, the breweries are looking what we have as local materials, changing their formulations to maintain production levels and keep their share of the market. Manufacturers who are hooked on import of raw materials are advised to re-strategize and take full advantage of local raw materials. The future belongs to those who employ the use of local raw materials,” concluded the spokesman.