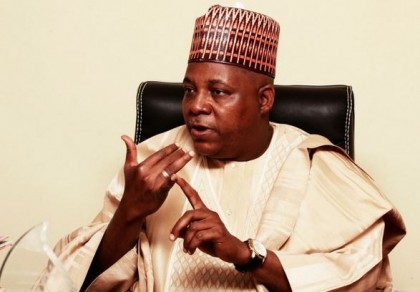 ‎… 3-day test transmission reaches neighboring states, Niger Republic
As part of strategy to stop fresh recruitment and counter spread of Boko Haram ideology, the Borno Radio 95.3 FM, an arm of the Borno Radio Television Company(BRTV) owned by the State Government  has drastically moved from covering 15 percent of Borno State (which is some part) to 100 percent coverage of all communities across the 27 local government areas in the State in addition to covering parts of Adamawa, Yobe, Gombe States and border communities in Niger Republic.
The FM station has added 19,700 watts of transmission capacity to existing 300 watts inherited in 2011 from previous Government of Ali Modu Sheriff. Governor Kashim Shettima last year approved release of funds which led to the acquisition and installation of new 20,000 watts (20 kilowatts) transmitter with all components at the Borno Radio FM in Maiduguri. Borno is the first State Government to acquire such capacity. Governor Shettima had also approved funds for the establishment, equipping and modernization of four studios of international standards to make the FM station meet the standards of international institutions, particularly with plans to unveil programmes that will counter religious ideologies that preach or promote any form of violence and hate among residents.
With all installations completed, the FM station recently spent three days testing the new equipment through transmission of a special programme. Commissioner for Home Affairs, Information and Culture, Mohammed Bulama whose Ministry coordinates and supervises the project, took part in all processes of the transmission. The Commissioner said feedbacks were received from listeners across the State and others from Bosso in Niger and parts of Adamawa, Yobe and Gombe States.
“The Governor approved over one billion naira which has been invested in BRTV with particular focus on the FM and AM Radio stations. Remodeling and equipment installations at the FM has been fully completed with the 20 kilowatts or 20,000 watts transmitter and all components installed and functional. On the AM, the 60 watts (which is 60,000 watts) is currently being installed. It is a work in progress. We have acquired new Generators and renovated existing ones. The complex housing the FM station has been completely renovated and will soon be furnished. On equipment, I don’t think any state owned Radio station has what we have at BRTV FM not to talk of what we will soon instal for the A.M Radio. The next phase will be a special focus on the TV section. The Governor intends to revolutionize the Borno State media industry so as to prepare the Government for serious counter narrative as part of strategic response in addressing the security facing the State. The plan is to secure the future of Borno State” Bulama said