Do Not Succumb To This Intimidation, NLC To EFCC 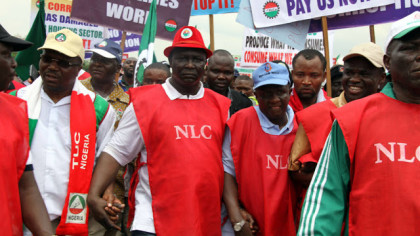 We condemn the attack by gun men on the Area 7 office of the EFCC which houses key investigation units of the Commission.

The attack represents the audacity of corruption and the shifting of the battle ground from the court room to the streets and should be condemned by all those who love this country.

The attack, clearly, was intended to deter and compel operatives of the Commission from carrying to a logical conclusion their ongoing investigations/prosecutions.

In light of an earlier attack during which an operative sustained injuries, this cannot be a lone incident. Indeed, we see it as the new phase of corruption fighting back!

While we are not insensitive to the manifest danger in this new phase of corruption fighting back, we urge the Commission and its operatives not to succumb to these desperate tactics or intimidation.

We have no doubt the resort to Violence shows they have come to their wit’s end.

Accordingly, we urge the Commission and other related agencies to do all that is necessary to secure their premises and personnel.

They equally need technical support to build their forensic capacity without which good cases are lost or drag on indefinitely, thus exposing their personnel.

We also find it necessary to call on the government to give the Commission the requisite support including the setting up of dedicated courts for speedy disposal of corruption cases.