The Minister of Information and Culture, Alhaji Lai Mohammed says Federal Government is committed to early completion of the ongoing second Niger bridge project and will sustain its funding.

The minister said this during inspection of the project at the Onitsha, Anambra and Asaba, Delta ends of the bridge with a team of journalists.

He said contract for the project was awarded in 2014 by the last administration but nothing was done until 2016, when President Muhammadu Buhari’s administration released funds for its execution. 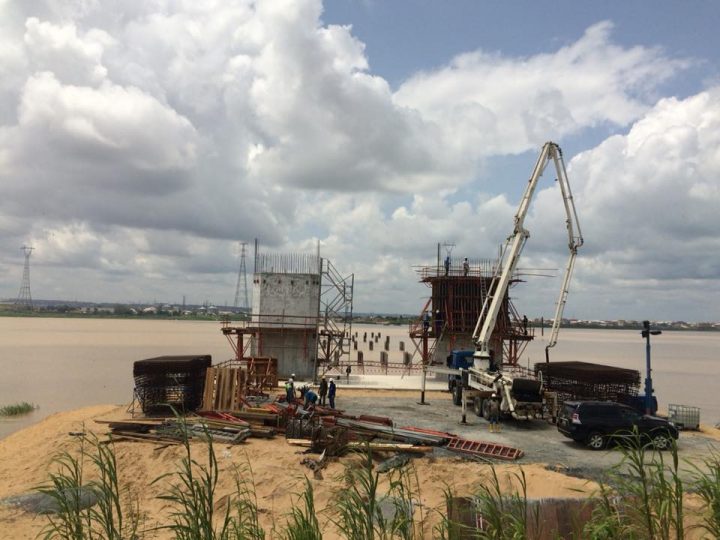 Mohammed said that contrary to claims by naysayers, the government had not and would not abandon the project because of its strategic and socio economic importance to the people.

“We are glad we are here and we have seen the enormous works which is going on.

“People always appreciate finished project, but before the project is finished a lot of works must have been done on the preliminary works.

“Once the substructure have been perfectly done, the superstructure will be very easy.

“It is very convenient for naysayers to try to mislead people that nothing is being done on the second Niger Bridge.

“But from what we have all seen today, we can see that work is ongoing every minute on the bridge.

“One thing I can assure you is that funding will not be a problem and the government is determined to ensure we deliver the project in good time,’’ he said.

Mohammed said that the second Niger bridge project was dear to the heart of the government because its quick completion will completely change the socio-economic situation of the people.

Specifically, the minister said that the project would reduce the traffic congestion on the existing Niger Bridge constructed about 53 years ago.

“We are very keen about this project and that is why we brought you here to experience what is going on.

“I am glad we are all here and that you all see that the project is ongoing and it is very dear to the heart of this government,’’ he said.

Mr Innocent Alumona, the Federal Controller of Works, Anambra who is directly supervising the project said the contractor had done so much.

“A lot of people are saying no work is being done on the second Niger bridge, because they have not been opportune to visit the site.

“So much has been spent and a lot of works is being done, the Federal Government is not sleeping.

“I am a professional, we cannot politicise the construction of the second Niger Bridge.

“The contract was awarded in phases. Phase one to phase three had been completed and we are at phase four stage which was awarded in Nov. 2016 with a life span of nine months.

“The phase four, which is the piling or the foundation building with iron and concrete is expected to be completed in July.

“Between now and the next two years, the project will be completed,’’ he said.

Speaking in the same vein, the Federal Controller of Works for the South East Zone, Mr Adetunji Adeoye said the Federal Government was financing the project and not by Public-Private-Partnership. 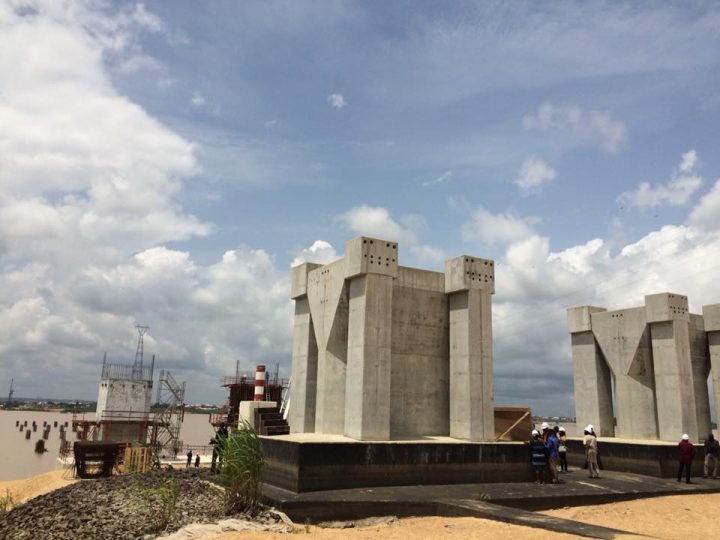 He said the entire project execution was awarded to Messrs Julius Berger Plc and it was to be completed in phases.

Adeoye said that the rise in water level because of the rainy season was the challenge being faced by the contractor.

The Project Manager, Mr Patrick Hermans said work was ongoing on the bridge and no fewer than 400 workers were engaged on the sites.

The German said the bridge which is 1.59km in length forms part of the 11.90km length of the entire project located 1.7km downstream of the existing bridge on a new alignment.

On the progress of work done so far, he said 310 numbers of piles had been driven underground between axis 100 and 320.

He said preparation for reinforcement for piles, piles caps were in progress as well as production of various precast concretes.

The Engineer said that the construction at east approach to the bridge was also in progress.

The News Agency of Nigeria (NAN) reports that the existing Niger Bridge built in 1965 had remained the crucial East West link over the years.

Due to age, excessive axle load and immense traffic congestion in the existing bridge, the Federal Government commenced construction of the second Niger Bridge. (NAN)