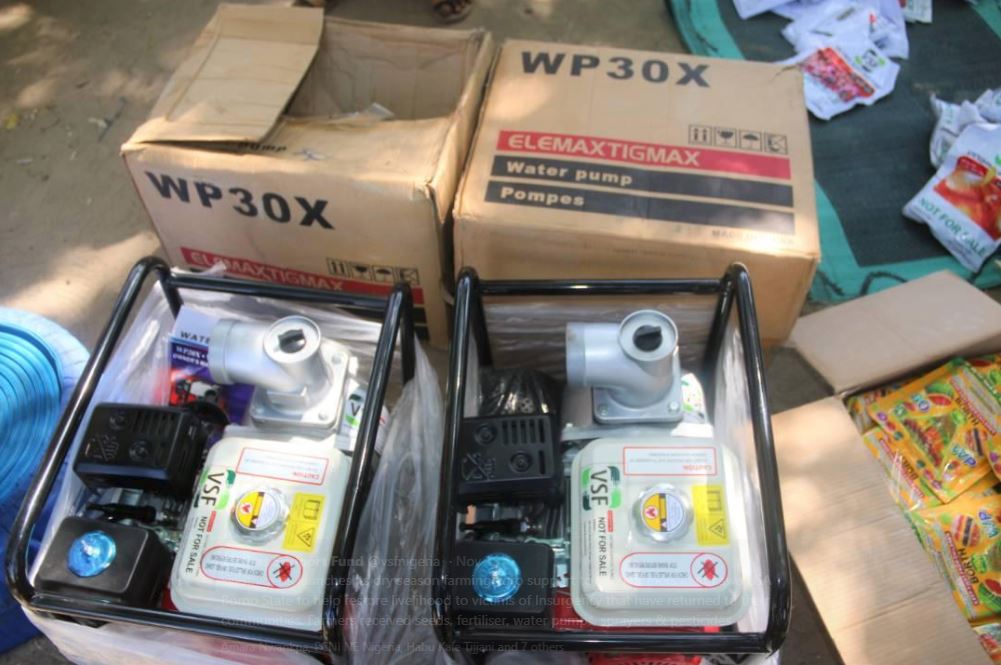 In order to restore the means of livelihood to returned Internally Displaced Persons (IDPs), the Victims Support Fund (VSF) in collaboration with the Yobe state government has donated dry season farming implements to over 1, 000 households in Yunusari local government area.

The event which took place at Mazagum community marks the launch of this year’s dry season farming intervention in the North-east for the returned victims of the insurgency.

Governor Ibrahim Gaidam, represented by the Commissioner for Agriculture and Natural resources, Engr. Mustapha Gajerima, said “the project was launched at the right time and will complement the efforts of the state government in restoring back means of livelihood of the people affected by the insurgency.

In a keynote address, the chairman of the VSF, Lt. Gen. T.Y. Danjuma (rtd.), represented by the foundation’s spokesman, Alkasim Abdulkadir, said the project was aimed alleviating the sufferings of the people hit by the insurgency. “The foundation is targeting three thousand households for this project in the three states of Borno, Yobe and Adamawa that were worst hit by the insurgency to be self-reliant,” he said.