The Nigeria Police Force said it would arraign Sen. Dino Melaye and the four suspects rearrested for alleged conspiracy and unlawful possession of prohibited firearms at the Federal High Court in Lokoja, Kogi on May 10. 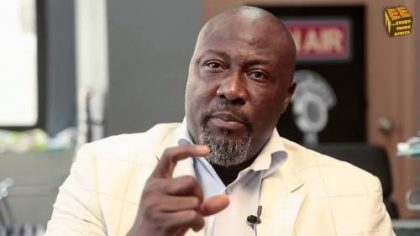 The News Agency of Nigeria (NAN) reports that on March 28, the Police Command in Kogi announced the escape from lawful custody of six suspects including Seidu and Salisu.

NAN also reports that on March 30, the police announced the re-arrest of four of the six suspects.

The Force Spokesman, ACP Jimoh Moshood, who made the disclosure while briefing newsmen on the arrest of four of the six suspects on Tuesday in Abuja, said two of the suspects were still at large.

Moshood said that Seidu and Salisu who were principal suspects were rearrested in Tafa Balewa Local Government Area of Bauchi State and Ganaja Village, Lokoja, Kogi.

The spokesman said that the six accomplice in the case arrested by the police would be prosecuted with the six rearrested suspects.

He said that the suspects would be arraigned in court for prosecution on completion of investigation.

Moshood warned that the police would not relent in its efforts to check activities of unscrupulous politicians, adding that they must play the game according to the rules.

He commended members of the public for giving the police timely information that aided the re-arrest of the suspects.

The spokesman said that the force`s fight against crimes and criminality in the country remained unequivocal and unwavering.

NAN reports that Seidu had confessed that Melaye handed over to him a bag containing one AK47 rifle, two Pump Action guns and N430,000.00 to share with his boys.(NAN)