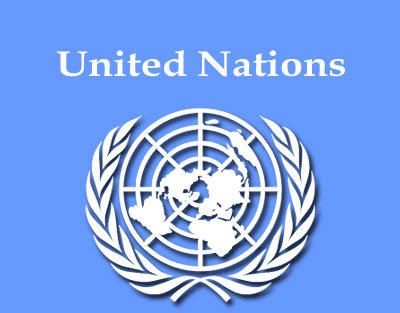 The United Nations Development Programme (UNDP) has disclosed that it is committed to ensuring that genuinely repentant Boko Haram insurgents are reintegrated to their various communities, noting however that there has been resistance by some of the communities.

The Country Director of UNDP, Samuel Bwalya, who said this at the closing ceremony of the first batch of 547 participants of the second phase of capacity building for 1,000 Civilian JTF and Vigilantes held at Citizenship and Leadership Training Centre (CLTC), Shere Hills, Jos, noted that: “We have been trying to see how we can reintegrate genuinely repentant Boko Haram into their communities but there has been resistance by some communities.”

He said: “As a way forward, UNDP has consulted with the government of the concerned states, especially Borno State, and they said we may need to begin by first reconciling them with the communities by preaching forgiveness from social, religious, and cultural perspectives before reintegration.”

Bwalya added that the communities are even rejecting some women that have been their victims in terms of abduction, who became pregnant for the insurgents and now have children for them.

“So, we have to help government to develop a policy framework that will guide the process of the reintegration. This is the process we are starting in Borno State by next week,” he said.

Represented by Conflict Prevention and Peace Building Analyst of UNDP, Mr. Matthew Alao, the Country Director also disclosed that UNDP was also trying to give capacity building to 20 per cent of the over 30,000 Civilian JTF/vigilantes assisting the military in the North-east, noting that the feedbacks from the field showed that earlier batches of trainees are doing very well on the field, as they are now better equipped to assist the military in combating the insurgents.

He said: “This closing ceremony presents another opportunity for UNDP and its partner, the German Government, to celebrate the impact of our steadfast interventions aimed at ensuring stability and economic prosperity for all the inhabitants of the North-east and Nigeria.

“Today’s event is the fourth in the series of capacity building programme for Civilian JTF/vigilantes in the North-east intended to empower and strengthen their skills and competences on leadership, civic and value reorientation, drug awareness, human rights, sexual and gender-based violence, and conflict prevention and peace-building. “We are humbled by the feedbacks emanating from the previous participants and stakeholders in the region that attested to the fact that this capacity building is impacting positively on the service delivery of the Civilian JTF and vigilantes to their states and communities.”

In his remarks, the Director General of CLTC, Mr. Bitrus Bawa, also appreciated the positive feedbacks from previous participants of the capacity building. He however said he will also appreciate constructive criticism of CLTC training programme so at to help the centre improve.

The 547 participants that completed their training were awarded certificates, and various other medals for outstanding performances, with the Shettima Section winning most of the medals.