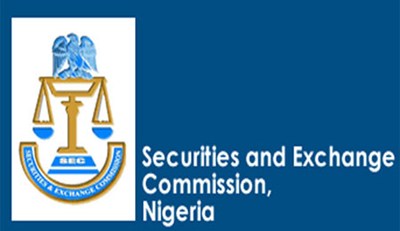 The Securities and Exchange Commission (SEC) on Tuesday sealed off the premises of a firm, Growing Circle International in Lagos for engaging in illegal fund management activities.

Ebelo said that the company was shut down for carrying out investment operations that fell within fund management without registration with the apex regulator.

She said that the commission had established that the company’s activities also constituted an infraction of the Investments and Securities Act (ISA), 2007.

“They do not have registration with SEC and the commission has powers according to Section 13 (w) of ISA 2007, to shut down any company carrying out capital market activities without due registration.

“Nigerian laws provides that business activities in the country has to be regulated, in this case SEC is supposed to regulate them,” Ebelo said.

She said that the company which engaged in networking business was also into other business activities.

“For a new entrant, registration is N10,000 and the person is not entitled to products while the second category has a registration fee of N16,000 that entitles the registrant to receive products.

“For the networking business, the least stage is a starter point with minimum registration of 50 dollars with an incentive of 15 dollars for a member who introduced two down liners,’’ she added.

According to her, the company also engages in free seminars at its head office for people to learn more about the products and the money making business with an unbeatable compensation plan and huge bonuses.

Ebelo said that after registering, the members claimed they do not get any products from the company and all efforts to retrieve their funds proved abortive, hence the complaint to SEC.

“While the company claimed to have a factory in Ogun, the said factory could not be located even though the products were on display at their Lagos office,’’ she added.

She said the closure was to end unlawful activities of the company against unsuspecting investors and therefore urged investors to ensure they only deal with fund managers that were registered with SEC.

“The account of the company has been frozen, the promoters have been arrested by the Nigeria Police Force and are undergoing interrogation.

“The commission wishes to notify the investing public that the company is not licensed to carry out investments business of any type and as such its operations are illegal,’’ Ebelo said.

The apex capital market regulator urged the public to exercise due diligence and caution in the course of making investment decisions.

It noted that valid licence of lawful operators could be obtained on the commission’s website by members of the public to confirm the licences of firms with which they intend to carry out investment activities.

The News Agency of Nigeria (NAN) reports that the company’s office is situated at No. 6, Mojidi Street, off Toyin Street, Ikeja, Lagos.

NAN also reports that the commission had on Feb. 7 sealed off the premises of Dantata Success and Profitable Company, Kano for engaging in illegal capital market activities.

It said that the company was shut down for carrying out investment operations that falls within fund management without registration with the apex regulator. (NAN)
JNC/CHOM/EEE