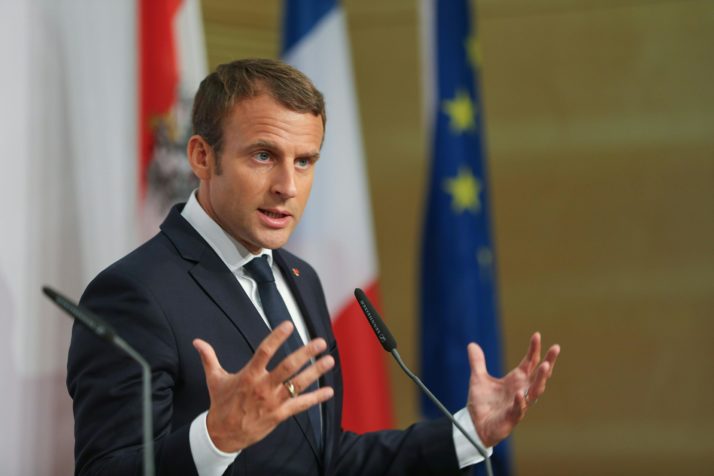 France’s Macron To Discuss Iran with Trump At G20 Summit

French President Emmanuel Macron said on Monday that he would discuss Iran with his U.S. counterpart, Donald Trump, at the G20 Summit in Osaka, Japan.

Macron told reporters in Marseilles that the standoff between the two countries was a source of concern to him.

“Of course it worries me. I’ve been working on easing tensions since I became president … there will be talks on G20 sidelines, including with President Trump,” he said.

He reiterated that France was committed to the 2015 nuclear deal between Iran and six world powers.

He said that his diplomatic adviser was in Iran in a bid to bring tensions down in the region.

Washington quit the nuclear pact and reimposed sanctions on Tehran last year. Iran has said it will exceed this week the agreed limits on its stockpile of enriched uranium. Trump announced new sanctions starting Monday to stop Iran from getting a nuclear weapon.

Tensions between the two countries flared after the recent attacks on oil tankers in the Gulf of Oman. Iran downed a US spy drone over the Strait of Hormuz last week, which nearly led to a US military strike on its territory. Several airlines have stopped flying in the area. (Sputnik/NAN)
H