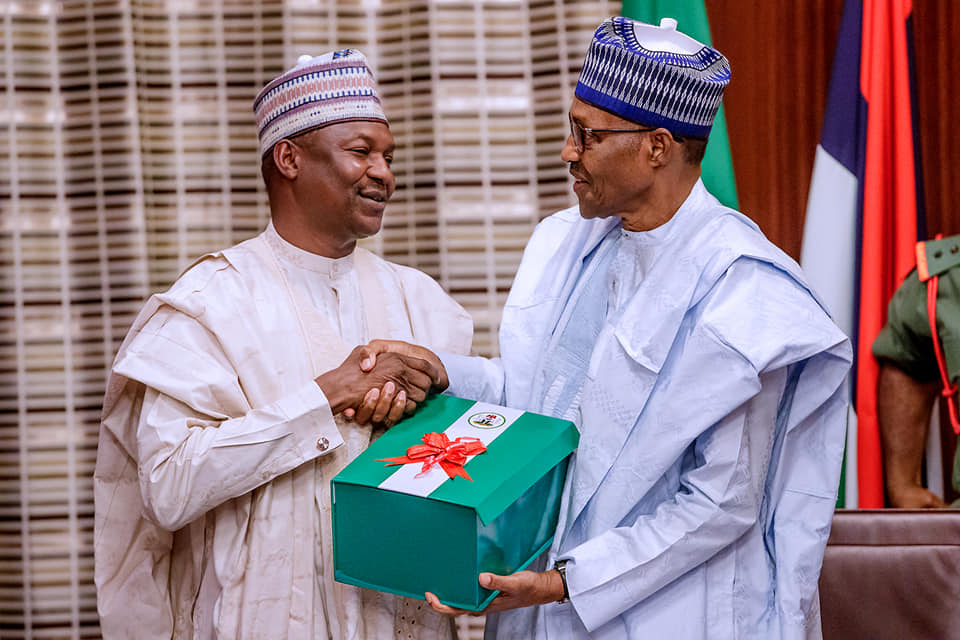 Autonomy For State Legislature, Judiciary Should Not Be Compromised – Buhari

The president stated this when he received Report of the Presidential Implementation Committee on Financial Autonomy of State Legislature and Judiciary at the Presidential Villa, Abuja, on Tuesday.

According to him, the government will study the report and recommendations, and take an appropriate decision.

He said: “I went through a terrible time getting here for the three times I contested elections. That’s why I want to stabilise the system so that others will not pass through the same experience.

“Both young and ordinary Nigerians depend on leadership to ensure justice is always done.

“So we must ensure that trust is not compromised. This administration will take the report seriously.”

In his remark, the Chairman of the Committee, immediate past Minister of Justice and Attorney General of the Federation, Abubakar Malami, said implementation of the recommendations would entrench constitutionalism, democratic principles and separation of powers.

“The recommendations clearly spell out that if uniform modules for implementation of financial autonomy for state legislature and state judiciary are approved for implementation across 36 states, it will no doubt strengthen Nigeria’s democratic principles, practices and public governance,’’ he said.

Malami added that the committee had observed that most states honoured the constitutional provisions for financial autonomy in the breach, than in observance.

He noted that the legislature and judiciary had remained the last hope of the common man and should be given autonomy.

He said the committee consulted with state governors, Chief Judges of states, Speakers of State Houses of Assembly, Civil Society Organizations and relevant stakeholders, including members of the public.

The Presidential Implementation Committee on Financial Autonomy of State Legislature and State Judiciary was inaugurated by President Buhari on March 22, 2019, to fashion out strategies and modalities for implementation of the financial autonomy of the state legislature and judiciary in compliance with Section 121 (3) of the 1999 constitution (As Amended).