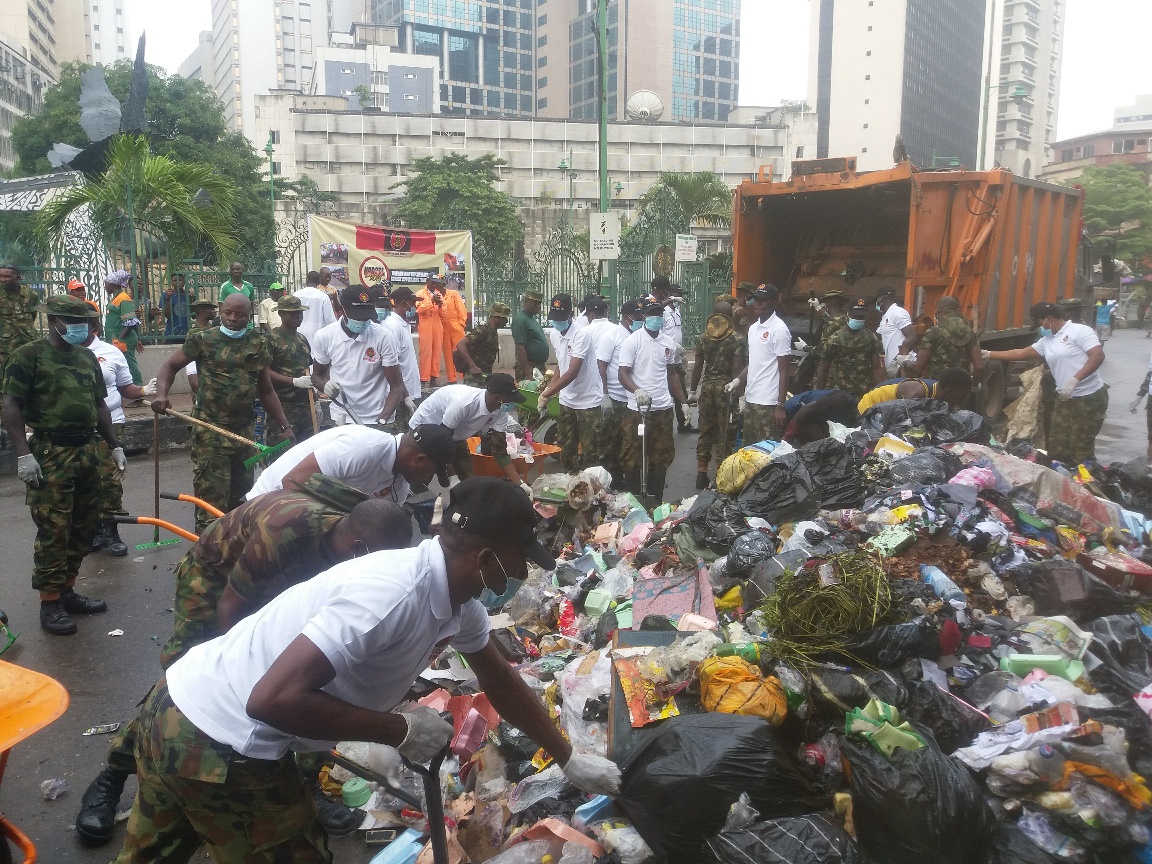 The Nigerian Army on Saturday defied the early morning downpour and deployed its personnel to Tinubu Square in Lagos for a clean-up exercise as part of the 2019 Nigerian Army Day Celebration(NADCEL).

The News Agency of Nigeria (NAN) reports that the Chief of Army Standards and Evaluation, Maj.-Gen. Adekunle Shodunke, led the soldiers in a massive sanitation exercise on the streets of Lagos Island.

Shodunke represented the Chief of Army Staff, Lt.-Gen. Tukur Buratai at the occasion.

The soldiers were seen clearing the refuse dumps and the drains blocked by plastic bottles, nylon and other waste materials.

According to Buratai, the environmental sanitation exercise is part of activities lined up to commemorate the 2019 Nigerian Army Day celebration.

He expressed the hope that the exercise would further boost Army/civil relations nationwide.

“We, as part of civil society see this sanitation exercise as part of our corporate social responsibility to help clean the environment and help to make it better.

“This sanitation exercise is ongoing nationwide. In Lagos, the exercise is going on simultaneously in Ikorodu, Epe, Ikeja and in all our other units,” he said.

The Army chief said the clean-up which started at Tinubu Square would end up at the Idumota Market.

He added that the sanitation would be followed by a medical outreach.

Buratai advised residents to endeavour to maintain a clean environment, urging them to help the waste management agencies to effectively clean up the Lagos metropolis.

NAN also reports that the 9th Brigade of the Nigerian Army also carried out a similar exercise on Olowu Street and the Ipodo Area of Ikeja.

Traders and food sellers, as well as residents, who came out for the exercise, expressed gratitude to the Army for their intervention. (NAN)