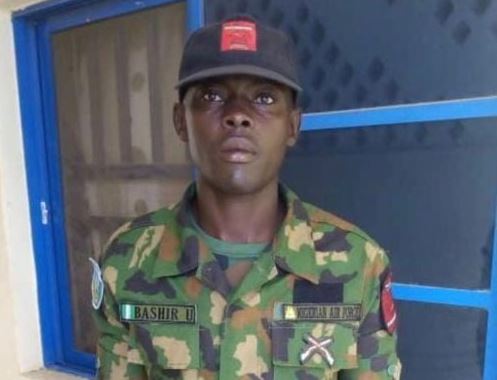 President Muhammadu Buhari has commended Aircraftman (ACM) Bashir Umar for reportedly returning lost but found the sum of 37,000 Euros to the owner.

Describing such honesty by ACM Umar of the Nigerian Air Force (NAF) Mobile Air Defence Team at the Hajj Camp Market in Kano as “uncommon, patriotic and exemplary,” the President enjoins Nigerians, especially the youth, to emulate such worthy gesture.

According to President Buhari, “Honesty and integrity will always remain admirable virtues, notwithstanding challenges before any country.”

He also applauds the leadership of the NAF for its decision to “reward the airman so as to encourage other personnel of the Service to continue to embody attitudes and behaviours that reflect NAF’s core values of Integrity, Excellence and Service Delivery.”