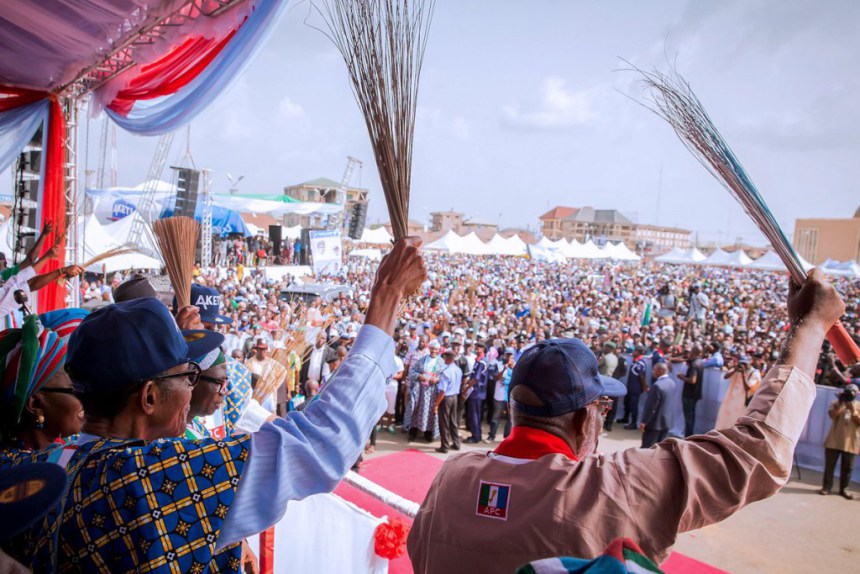 The Buhari Volunteers Network (BVN) has initiated a round table discussion across the country in a bid to interact with students and the civil society on the need to re-elect President Muhammadu Buhari for a second term.

Mr Olayemi Success, National Coordinator, BVN, in a statement on Tuesday said the group had taken note of the achievements of the president and had decided to sell them to the public.

“Buhari Volunteers Network is the Network of young people and professionals with firm belief in everything President Muhammadu Buhari represents, including his achievements, integrity, style of leadership and his anti-corruption stands.

“Our aim is to see him re-elected as the President of Nigeria on Feb. 16,” the statement quoted Success as saying.

According to Success series of activities including media talk shows, rallies and Round Table discussion with major stakeholders amongst the students, the youths and civil society, are the strategies adopted for the campaign.

He listed some of the achievements of the current administration, noting that no other candidate would be able to match what President Buhari had achieved in less than four years.

Success also said in the statement: “Our strategy is to basically showcase the achievements of this government in the last three and half years with facts, figures and reality on ground.

“Furthermore, we compare and contrast among the available options.

“Without any doubt, the fight against corruption is yielding results already to the extent that the image of our dear nation in the international community has greatly improved.

“Many countries that were not willing are now eager to do business and invest in Nigeria.

“People are more ready than ever to do things or serve the nation with integrity knowing that if one is caught in corruption he or she will be dealt with irrespective of status, religion or tribe.

“The infrastructural development in today’s Nigeria is unequalled, ranging from roads and rail to power, and many more are wearing new and highly improved look across the length and breadth of Nigeria.

“Surprisingly and unbelievably, queues in our fuel stations especially during festive periods have completely vanished not just from the cities alone but at every nook and cranny of the nation.

“We are sure that this achievement alone must have offended many corrupt elements in the society who will wish the continuation of the old order.”

He expressed optimism that the round table which held in Ibadan, Oyo State, in the week would move to South-East and South-South before the end of campaigns in line with INEC’s campaigns timetable. (NAN)