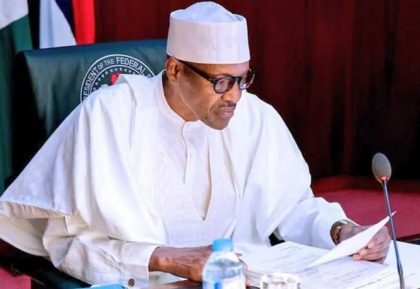 The National Association of Nigerian Students (NANS) has congratulated re-elected of President Muhammadu Buhari as declared by the Independent National Electoral Commission (INEC).

Mr Adeyemi Azeez, the National Public Relations Officer (PRO) of the association, made this known in a statement in Abuja on Wednesday.

Azeez, however, urged Buhari to further improve on the masses-friendly policies and projects of administration to enhance government’s direct impact on the lives of the teeming masses of the country.

He also called on the re-elected president to take a critical look at the educational sector with a view to providing more infrastructure and training for the benefit of students.

Azeez said: “No nation can wholesomely survive without giving detailed concentration to development of its youths, structurally, academically and morally.

“As such, NANS made bold to challenge President Muhammadu Buhari to give detailed and needful attention to the education sector and also provide well structured vocational training opportunities to Nigerian youths and graduates.

“NANS equally implores the aggrieved opposition party(s) to seek redress legally and thereby caution their supporters not to take laws into their hands.“

NANS’ image maker said that since the elections had come and gone, there was the need for Nigerians to remain united, to move the nation forward.

He commended students for their orderly manner and comportment before, during and after the elections and prayed for God’s guidance to lead Nigerian leaders aright.

INEC said Atiku Abubakar, the candidate of the Peoples Democratic Party (PDP) scored 11, 255,978 votes, winning 17 states and the FCT to emerge second in the election with 72 presidential candidates. (NAN)