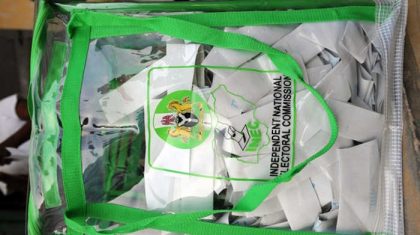 YIAGA AFRICA, a Civil Society Organisation (CSO) on Friday said it was set to deploy the Parallel Vote Tabulation(PVT) for the Kogi and Bayelsa governorship elections.

The elections for both states will take place on Nov.2, according to the Independent National Electoral Commission (INEC).

Media Officer, YIAGA AFRICA, Mr Moshood Isah, made this known in a statement on the group’s Assessment on the Successes, Challenges of 2019 PVT Election Observation Deployment in Abuja.

Isah explained that the PVT was an election observation methodology based on a representative random sample of polling units, and it is employed for independent verification or challenge of election results.

He said that the methodology was in use in Nigeria for the purpose of empowering citizens to improve the quality of elections and to independently verify official election results.

“We hereby appreciate the support of election stakeholders like the Independent National Electoral Commission, Nigerian Police, NSCDC, Traditional and religious leaders, media and our observers for a successful deployment of the PVT during the 2019 elections.’’

Isah said that YIAGA AFRICA conducted an extensive reflection sessions with its State Focal Points in charge of election observation deployment in various states in Nigeria.

This,he said was to assess the quality of its deployment for the just concluded general elections.

He recalled that the body, through its WTV Project deployed 3906 observers across all local government areas in Nigeria for the elections.

He added that the group ha taken some steps to assess the process in a bid to improve on it ahead of the Bayelsa and Kogi Governorship elections.

Isah said that it was revealed that the project helped to build the capacity of citizens and provided an opportunity for them to participate in the process of entrenching free, fair and credible elections in Nigeria.

He said that the process also improved gender mainstreaming and women participation as 40 per cent of polling unit and roving observers were females.

He said that another major success recorded was fact that in spite of the threat to violence in some areas, WTV observers successfully carried oout their duties.(NAN)