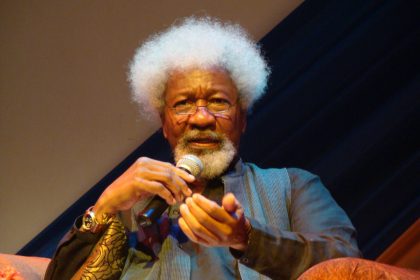 The felicitation is in a statement issued by the President’s Special Adviser on Media and Publicity, Mr Femi Adesina in Abuja
on Friday.

Adesina stated that Buhari rejoiced with the literary icon “for being one of the country’s greatest pride, and a universal brand.”

The President also joined family and friends of the cerebral academic in celebrating the many years of laudable achievements,
recognition, awards and consistency, a pride to Nigerians, Africans and the black race.

He saluted the Professor for his intellectual momentum, interventions on state issues and polity through articles and comments,
a penchant for justice and persistence in holding leaders accountable.

According to him, Soyinka’s lifestyle sends a message to Nigerians and Africans, especially the younger generation, that real
success is measured by the intangibles of courage and impact brought to others, rather than the pursuit of personal interests.

The President congratulated the literary giant for projecting Nigerian and African values to the world and wished
him more years of good health, wisdom and service to the nation and humanity.

Born on July 13, 1934 into a Yoruba family in Abeokuta, Akinwande Oluwole Babatunde Soyinka is a playwright, poet and essayist.

He was awarded the 1986 Nobel Prize in Literature, the first African to be honoured in that category.

After preparatory university studies in 1954 at Government College in Ibadan, he continued at University of Leeds,
where, later in 1973, he took his doctorate.

During the six years spent in England, he was a dramaturgist at Royal Court Theatre 1958-1959 and
in 1960, he was awarded a Rockefeller bursary and returned to Nigeria to study African drama,
at the same time, he taught drama and literature at universities of Ibadan, Lagos, and Ife.