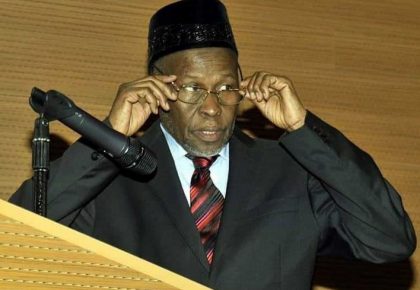 Muhammad made the call during the swearing-in ceremony of the new acting chief judge in Abuja.

The CJN, who urged Tsoho to cooperate and work harmoniously with his brothers on the bench, urged him to be non-partisan in the appointment he may be opportuned to make.

He said the acting chief judge should be ready to find out the true character and nature of those to be employed in other to ensure that those who are ready to work are appointed.

Muhammad counselled him to embark on an inspection of all divisions of the court across the country so as to avail himself of the challenges.

“Do not just sit down and be a hearsay person, visit all divisions of your court to know their challenges and think of solutions to the problems,” he said.

The CJN, who advised Tsoho to create a sense of belonging in all judges, enjoined him to also create a better welfare package for the Federal High Court’s staff.

He noted that his immediate predecessor, Justice Adamu AbdulKafarati, achieved a lot during his brief tenure in office.

Muhammad, therefore, urged Justice Tsoho to do his utmost best to sustain the tempo by enhancing the court’s goodness and productivity.

The CJN, who assured Tsoho of his support as the need arises, commended AbdulKafarati for his meritorious service, praying God to grant him peace and good health in his retirement.

Tsoho’s elevation as acting chief judge of the Federal High Court was in line with the rules that enable the most senior judge to occupy the office of the CJ when the post is vacant pending the appointment of a substantive chief judge.